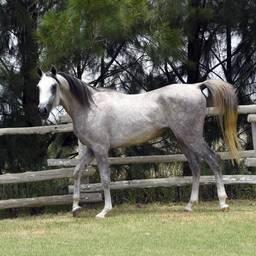 Congratulations to Suzette van Den Berg on this up and coming endurance prospect.   FS Atlanta dam, Cheval de Mer Anastacia, a *Magic Dream CAHR granddaughter, is crafting a successful endurance career to compliment her show success as a young filly.   FS Atlanta sire, *Ansata Tashreef (USA) is a rare treasure anywhere in the world.  A straight egyptian stallion.  *Ansata Tashreef (USA) was bred by the legendary Judith Forbes and is one of the very last Arabians produced by the world-renowned Ansata Stud.  A very handsome and athletic grey stallion, he has distinguished himself as a breeding sire.   Please click on FS Atlanta's video below  FS Atlanta video link for cellphone user FS Atlanta video please click 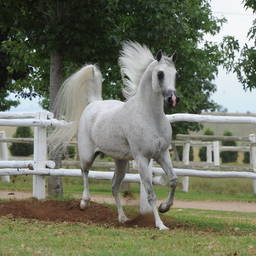 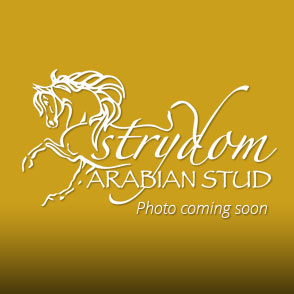 Congratulations to the Naidoo family   Sire: *Mosaic V is by of Canadian Reserve National Champion Stallion Marwan Al Magnifficoo and out of Misty Morn V – dam of Scottsdale Champions. Supreme Champion Stallion Misty Meadows Show 2015 Dam: FS Santuzza is out of one of the most outstanding Baske Afire daughters to be found anywhere in the world, the US import *FS Suzanita (USA). She inherited the best from her distinguished sire, the late *Baywatch V ++(USA). 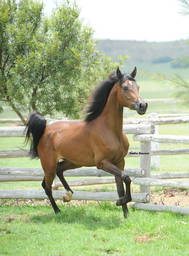 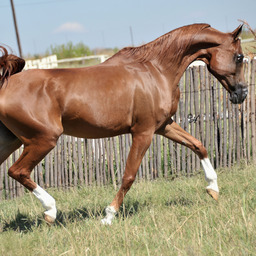 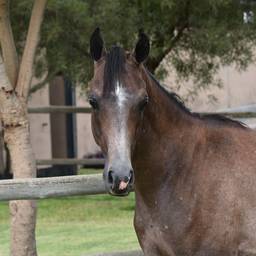 28 Sept. 2015 Gelding Congratulations to Wouter, Jaun-Rene and Mikaela  This Sturdy Grey Gelding will make an excellent prospect for Endurance riding.   Sire: International Champion imported from USA. Sire to the reigning World Champion stallion QR Marc.   Magic Dream is known for his incredible prepotency as a sire with quality of his offspring – universally acclaimed as being “the greatest living sire of broodmares in the world”.   Dam’s Sire: Brazilian National Champion Stallion   Dam’s Dam: One of only two El Shaklan daughters in South Africa FS Celestial video link        FS Celestial video link for cellphone user 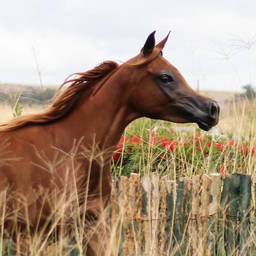 Congratulations to Mr. Imraan Soomra on the purchase of this beautiful, type Arabian mare.     In foal by  *Jasper MC (USA) due September 2019 28 October 2014 Mare Both parents are National Champions Dam is a full sister of Magnum Chall Dam is a broodmare of champions, amongst others, National Champion FS Thor This filly has a dished face, gentle eyes and refined head. Classic Charismatic filly Show stopper with infinite breeding prospects 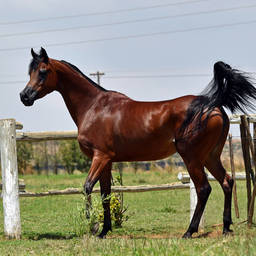 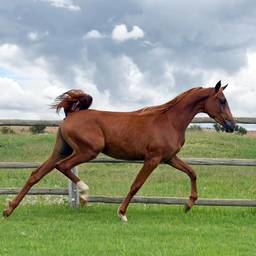 In foal by FS Spartacus due September 2019 12 Oct. 2015 Filly Sire's sire:  Afire Bey V is the #1 leading Sire of halter & performance for the 16th consective year at the US Nationals and for the 11th consecutive year at the Canadian Nationals. Dam:  *WR Tupelo Honey (USA) imported from the USA - she is also the mother of National Champion and performance luminary - FS Temting Honey. 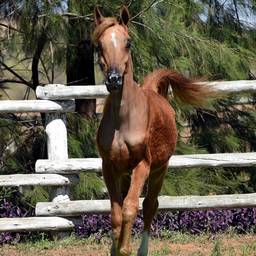 Congratulations to Elmarie Rabie with the purchase of this superb colt. May he bring you many joyous days. DOB - 10 Oct 2016 Colt 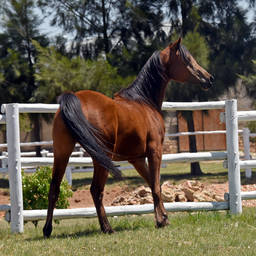 Congratulations to the new owner of Sheikh Anabelle! DOB 22 April 2012 Sheikh Anabelle is under saddle and ready to start her Endurance Riding career. Sire’s Sire: According to long-time Arabian breeder, Bob Valentine, Afire Prince VLA is probably the best Baske Afire son in the USA. He is a physically gifted athlete and an exceptional stallion.  Afire Prince's pedigree, which includes some of the most illustrious horses in Arabian history, will always ensure that his offspring are top-quality.     Sire’s Dam: *Dana Sashay has multiple SA National Championship titles; both in hand and under saddle. Dam’s Sire: *Laddinn (USA) SA National Champion Stallion 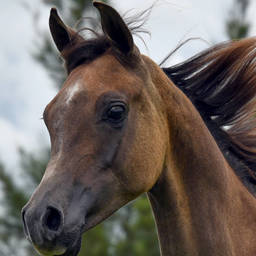 Congratulations to Mr. Arcangeli with the purchase of this special colt. DOB 3 Jan 2017 Colt 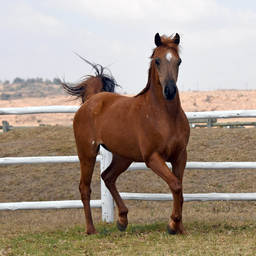 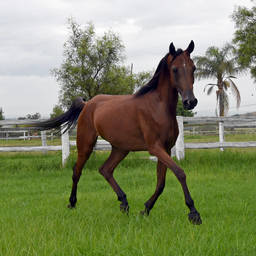 Sire: Baywatch V (USA) – stamps each of his get with his exceptional size, substance, structure, balance and athleticism along with the aristocratic presence for which his pedigree is known for. Amongst his most famous offspring count the 2011 Tevis Cup winner, Riverwatch, as well as the SA National Champion Mare, *Dana Sashay (USA). Dam: Undoubtedly one of the most outstanding Baske Afire daughters available anywhere in the world today. She has also proven herself beyond doubt as being a producer of world-class foals 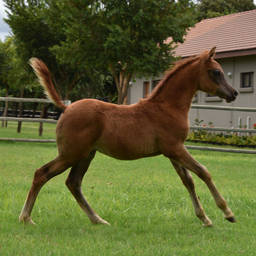 FS Shari Love is in foal to FS Spartacus due 19 Sept. 2019 Sire's Sire:  Afire Bey V is the #1 Leading Sire of Halter & Performance for the 16th consecutive year at the US Nationals and for the 11th consecutive year       at the Canadian Nationals. Dam's Sire: Anza Padron - Son of a legendary halter stallion & mare with trotting credentials to equal the legacy of *Bask and *Huckleberry Bey.           Looking at his pedigree you are assured of consistent, proven beauty and athletic ability. 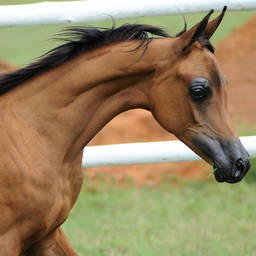 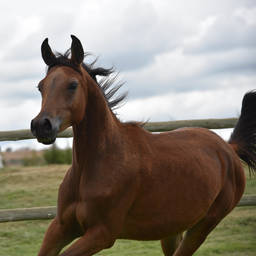 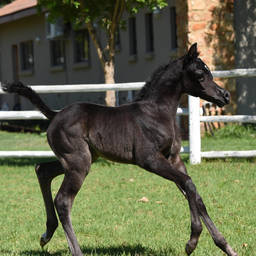 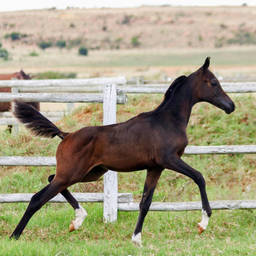 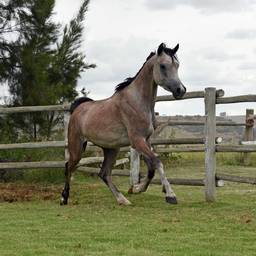 Congratulations to Alanna Cook on acquiring this promising young gelding. We wish you many happy kilometers together. Gelding 20 February 2014 FS Fast N'Furious's dam, Fabrako Franciska had a successful Endurance career with more that 1500 km's completed competitively. She completed most of her 80km rides in very good times, her best being 3:22h, with excellent heart rates. 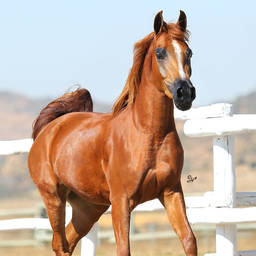 Congratulations to the Pienaar family with the purchase of this special *Magic Dream CAHR (USA) daughter. FS Ventura video link FS Ventura video link for cellphone users This young mare immediately catches the eye with her awe-inspiring, powerful floating motion. A captivating and superbly balanced mare, she exhibits all the quality, type and substance for which the Arabian horse became famous FS Ventura exemplifies the characteristics that have made *Magic Dream CAHR (USA) daughters some of the most desirable Arabians in the world today. A classic beauty, her dam, *Viktorina El Madan (BR) has contributed generously of her most amazing characteristics now so proudly exhibited by FS Ventura Half sister 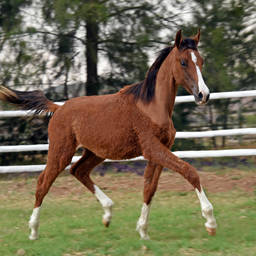 2018 Colt  Congratulations to Uri and Keshni Naidoo with the purchase of this flashy colt. 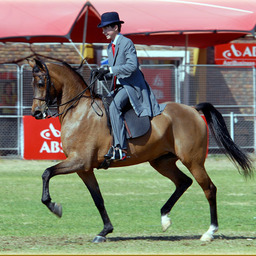 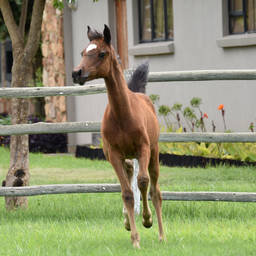 Congratulations to Uri and Keshni Naidoo with the purchase of this beautiful filly. May she bring you many joyous days on this exiting  journey. Filly 6 Febr. 2018 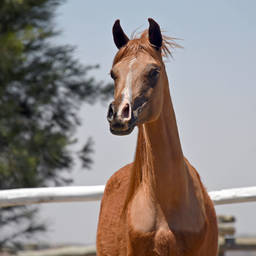 Congratulations to Mr. Muaaz Jassat.     Colt DOB 1 February 2017  Dam:  *Secret Juell V (USA) imported by Strydom Arabians from Varian Stud in the USA, sired by Jullyen El Jamaal - Brazilian born stallion that stood as premier breeding stallion at Varian Stud up until his untimely death.  He was a stallion recognized as on of the top siring son of Ali Jamaal in numbers of National winners sired! *Secret Juell V (USA) carries this prepotency of her star studded pedigree over to her get. 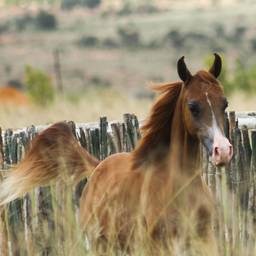 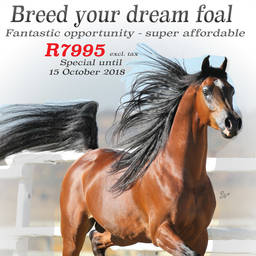 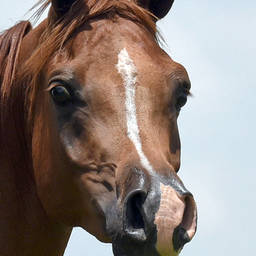 A big congratulations to Daan Griesel on acquiring this beautiful gelding. FS Buzz Lightyear's sire, *Charismatic BVA (USA) is a National Champion, earned his enviable reputation through his success in the show ring.  and as a result of the impact made by his offspring.  He has produced multiple National Champions, amongst others FS Mona Lisa (exported to the Middle East), FS Ruquayyah (now competing in Europe), FS So Viva Exotica ( least by Sheik Khalid), and the South African Champion Colt Foal of 2012, HA Arik as well as the 2013 Reserve National Champion Filly Foal, FS Mikado.  He passes on his exemplary tradmark characteristics:  authentic breed type, a refined, exotically dished Arabian head, large